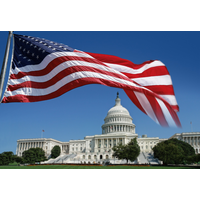 Military Times - Last summer, Congress passed landmark veterans benefits legislation that could provide new health care options and disability payouts to as many as one in every five living American veterans.

Now, the Department of Veterans Affairs has to deliver on that promise.

Jan. 1 marks the first day VA officials can officially begin processing all claims related to the Promise to Address Comprehensive Toxics Act — better known as the PACT Act. Since the end of last summer, more than 176,000 veterans have submitted paperwork related to military toxic exposure issues covered in the measure.

In early December, VA Secretary Denis McDonough said that officials have been preparing for the increased workload for months, developing processes and procedures to make sure that all of the claims are handled as quickly as possible.

But he also urged patience on the part of veterans looking for long-awaited compensation for their injuries.

“Until we get into each case, we won’t know how quickly we can resolve them,” he said. “Some cases will be resolved in days, some in weeks, some in months.”

The legislation provides for presumptive benefit status for 12 types of cancer and 12 other respiratory illnesses linked to burn pit exposure in the Gulf War, the War in Afghanistan and the War in Iraq.

Advocates have fought for years for better coverage of those illnesses, saying that inflexible VA rules blocked tens of thousands of suffering veterans from getting the care and compensation they deserve.

VA officials spent much of the past two months urging veterans to sign up for the new benefits. Nearly 700,000 have undergone toxic exposure screening at VA medical centers since mid-November, a process that includes information on care and the payouts for which individuals may qualify.

And staffers earlier this month began processing a small number of PACT Act claims involving terminally ill veterans to ensure they get their benefits as soon as possible. That work served as early practice for the flood of claims about to hit the system on Jan. 1.

In 2012, Congress dramatically expanded benefits for illnesses related to Agent Orange exposure in Vietnam. The resulting workload caused the backlog of disability claims to balloon in following months, peaking at more than 611,000 cases.

VA officials have warned with this expansion, the backlog (cases pending for more than 120 days) is likely to rise again, although they hope to be nowhere near the same levels.

Veterans who believe they may be eligible for new healthcare services or benefits can visit VA.gov/PACT or call 1-800-MYVA411 (1-800-698-2411) for additional information.