Join us for NOVA's Next Webinar: "Entitlement to Attorney Fees in VA Law: The Good, The Bad, and The Ugly" Coming in January! 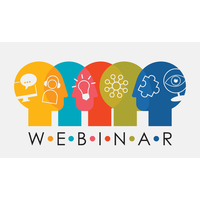 VA law strictly regulates how attorneys and agents charge and receive attorney fees when representing veterans and their families.  This presentation will help practitioners determine whether they ethically are entitled to fees when a client receives compensation benefits.  Examples will illustrate the steps necessary in any fee entitlement analysis, as well as explain many nuances of fees under both the legacy and AMA systems. Robert Chisholm will be joined by Frank Padula and Alexandra Gamache.

Robert also served as NOVA’s president from 1999 to 2004. His work on behalf of NOVA resulted in the 2006 amendment to 38 U.S.C. § 5904 that allowed veterans to hire an attorney after the notice of disagreement is filed. He has presented at NOVA conferences, CAVC Bar Association Conferences, as well as the CAVC and Federal Circuit Judicial Conferences. He is the first recipient of the Kenneth Carpenter Achievement Award for Excellence and was also inducted into the NOVA Hall of Honor in April of 2016 in recognition of a lifetime of dedication, service, and leadership. In 2016, the United States Court of Appeals for Veterans Claims (CAVC) awarded Mr. Chisholm the Hart T. Mankin Distinguished Service Award in recognition of his 25 years of outstanding service to the Court.

Frank Padula is an Accredited Claims Agent at Chisholm Chisholm & Kilpatrick.  Frank joined the firm and has been representing disabled veterans since August 2017.  Since this time, he has represented veterans before the Department of Veterans’ Affairs and Board of Veterans’ Appeals.  Prior to working at CCK, he graduated from Emmanuel College and interned for a local Rhode Island law office specializing in civil litigation.

*NOVA is an accredited provider/sponsor for CLE in Pennsylvania and Virginia.