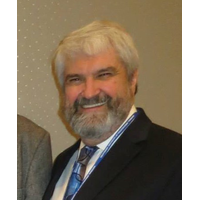 At its recent Judicial Conference, the United States Court of Appeals for Veterans Claims honored NOVA co-founder Kenneth  M. Carpenter with the Hart T. Mankin Distinguished Service Award. Chief Judge Robert N. Davis presented the award to Mr. Carpenter. Specifically, the Court recognized Mr. Carpenter for “his pioneering work in veterans law; his many years of outstanding service to the Court since joining the Court’s bar in 1990; his thoughtful and energetic participation in the Court’s Rules Advisory Committee and countless Judicial Conference presentations; his continuous support and mentorship of others in the field through veterans law outreach and education efforts and the work of the National Organization of Veterans’ Advocates, of which he is an active and founding member; and for his lifelong dedication to legal representation of veterans.”

Mr. Carpenter has been engaged in the private practice of law in Topeka, Kansas since 1973, and embarked on the pro bono representation of veterans in 1983.  He is the President of Carpenter Chartered, which is focused exclusively on the practice of veterans law. The firm’s primary focus is representation of psychiatrically disabled veterans, predominantly those with post-traumatic stress disorder. The firm also specializes in cases involving total disability ratings, earlier effective dates, requests for revisions based on allegations of clear and unmistakable error, and survivor claims for dependents of veterans.

In addition to being a co-founder of NOVA, Mr. Carpenter is a frequent presenter at veterans law conferences and currently is a member of the Court’s Rules Advisory Committee.  Mr. Carpenter received his J.D. from Washburn University Law School in 1972.  In addition to being a member of the bar of the Court of Appeals for Veterans Claims, he is a member of numerous other courts, including the Kansas Supreme Court, the United States Court of Appeals for the Federal Circuit, and the Supreme Court of the United States.