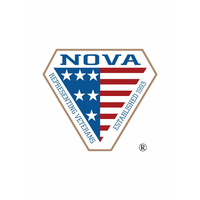 Latham & Watkins, LLP. - A Washington, D.C.-based appellate team recently scored a pro bono victory for the National Organization of Veterans Advocates (NOVA) and three of its members in the Federal Circuit. The ruling is a significant victory for US veterans, as it ensures that veterans who have endured knee replacement surgery as a result of their service are able to receive the benefits to which they are entitled under the governing regulations. More broadly, the decision confirms that the US Department of Veterans Affairs (VA) cannot attempt to alter those regulations, and deny veterans’ claims for benefits, through dubious interpretive rules that depart from traditional principles of administrative law.

The Federal Circuit’s decision invalidates an interpretive rule issued by VA in 2015 governing service-related knee injuries, concluding that VA’s rule — which narrowly interpreted VA regulations prescribing benefits for knee replacements to include only full knee replacements, and not partial knee replacements — is arbitrary and capricious.

This case began in 2020, when NOVA filed suit challenging interpretive rules contained in VA’s disability benefits adjudication manual governing claims for knee injuries. The case presented several initial threshold questions regarding the Federal Circuit’s jurisdiction to hear those challenges. In December 2020, Latham successfully persuaded the unanimous Federal Circuit, sitting en banc, that the court had jurisdiction to review interpretive rules like those at issue in this case. That ruling allows veterans (and veterans groups like NOVA) to obtain pre-enforcement review of VA rules and policies promulgated in VA manuals.

Following that landmark decision, the parties litigated the merits of NOVA’s challenges to the knee rules before a three-judge panel of the Federal Circuit. While the case was being briefed, VA rescinded one of the challenged rules at issue, recognizing that it was procedurally invalid. That left VA’s interpretive rule limiting benefits for knee replacements to only total knee replacements.

As Latham argued on behalf of NOVA, that cramped interpretation impermissibly conflicted with prior VA decisions interpreting the same regulation to include both partial and total knee replacements — a conflict the Federal Circuit had already recognized in its decision in Hudgens v. McDonald (2016).

In a decision issued on September 20, 2022, the Federal Circuit agreed with the Latham team, led by partner Roman Martinez and associate Blake Stafford: Because “no relevant law or facts have changed since our decision in Hudgens,” the court explained, that decision dictated the outcome in this case. The court rejected the government’s “circular” attempts to evade Hudgens and rebuked the government’s request that the court afford deference to the agency’s narrow interpretation.