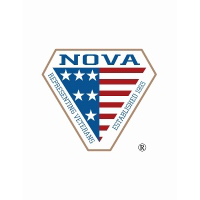 Military.com - The Department of Veterans Affairs on Monday created a fast-track to disability compensation for certain veterans who developed asthma, rhinitis or sinusitis because of their exposure to burn pits during overseas deployments.

The VA announced it will now process disability claims for those conditions on a presumptive basis, which lowers the amount of evidence that veterans must provide in order to receive benefits.

The change applies to veterans who served from Aug. 2, 1990, to now in the Southwest Asia theater of operations, which includes Iraq, Kuwait, Saudi Arabia, the neutral zone between Iraq and Saudi Arabia, Bahrain, Qatar, the United Arab Emirates, Oman, the Gulf of Aden, the Gulf of Oman, the Persian Gulf, the Arabian Sea, the Red Sea and the airspace above these locations.

It also applies to veterans who served in Afghanistan, Uzbekistan, Syria or Djibouti from Sept. 19, 2001, to now. To qualify, the conditions must have manifested within 10 years of a veteran's deployment.

The change comes after VA Secretary Denis McDonough initiated a federal rulemaking process May 27 to consider creating a fast-track to health care and disability compensation for some veterans suffering from respiratory illnesses. During the review process, the VA concluded there was sufficient evidence linking the three conditions to airborne toxins that service members breathed during the deployments.

"Through this process, I determined that the evidence provided was sufficient to establish presumptions of service connection for these three respiratory conditions," McDonough said in a statement Monday. "This is the right decision, and VA will continue to use a holistic approach in determining toxic exposure presumptives moving forward."

The VA plans to reach out to veterans who now qualify for benefits and tell them how to apply or reapply.

This change marks the first instance that the VA is allowing easier access to benefits for veterans who were exposed to burn pits, despite years of pleading from veterans and advocates.

Throughout the 1990s and the post-9/11 wars, the military used open-air pits to burn garbage, jet fuel, paint, medical waste, plastics and more. Veterans diagnosed with cancer, respiratory issues and lung disease at young ages have blamed exposure to the toxic fumes. They have sought VA benefits and health care, but the department contended for years that there wasn't sufficient evidence to support their claims.

The VA will continue with its rulemaking process, during which it will look at more conditions that have possible links to military toxic exposures.

The rulemaking process, which can be lengthy, includes a public comment period and multiple reviews by the White House's Office of Management and Budget. The VA will provide public updates about the process every three months, McDonough said.

Earlier this year, House and Senate lawmakers introduced two sweeping bills aimed at helping veterans who suffer from illnesses because of toxic exposure. The bills would grant VA health care and benefits to millions of veterans who served in overseas conflicts in the past 31 years.

The bills, which are similar but not identical, would automatically grant health care to about 3.5 million Iraq and Afghanistan veterans and reform the VA's handling of toxic exposure claims. The House bill adds 23 respiratory illnesses and cancers to the VA's presumptive list, while the Senate bill adds 11.

The VA has refused to take a public position on either bill.

"We're down here, really vigorously working to try to get in a position to get assistance to, and care for, our veterans who have been exposed, and I think the quickest way to get that care and those benefits is through the process I've talked about," McDonough said during a news conference in May. "We are attacking this issue with urgency."